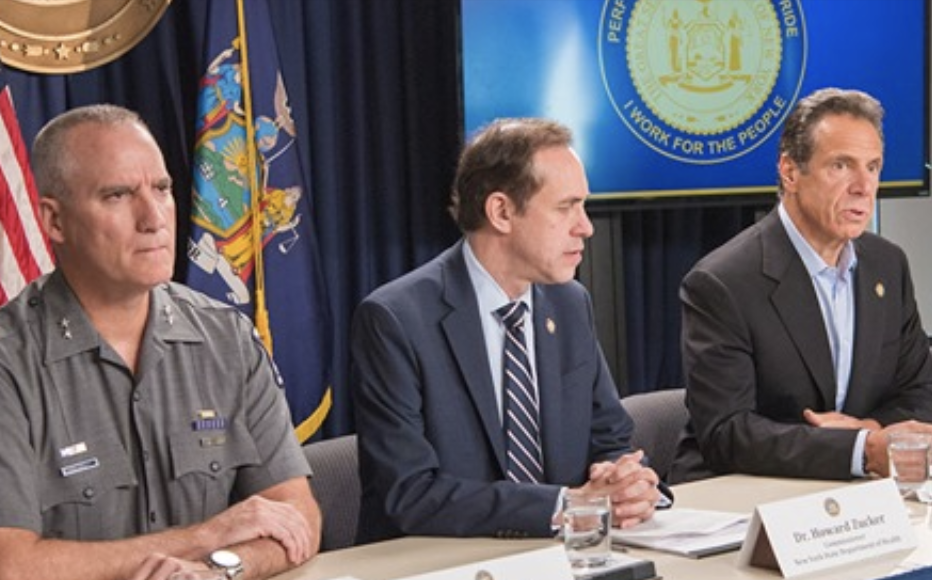 Governor Andrew M. Cuomo today announced that New York State is the first state in the nation to implement a ban on the sale of flavored electronic cigarettes and nicotine e-liquids, following a vote on emergency regulations by the Public Health and Health Planning Council. The ban, which is now in effect, is the latest in a series of actions to combat the increase in young people using vape products, largely as a result of e-cigarette companies marketing flavors that are intended to get children addicted to nicotine.

“It is undeniable that vaping companies are deliberately using flavors like bubblegum, Captain Crunch and cotton candy to get young people hooked on e-cigarettes – it’s a public health crisis and it ends today,” Governor Cuomo said. “New York is not waiting for the federal government to act, and by banning flavored e-cigarettes we are safeguarding the public health and helping prevent countless young people from forming costly, unhealthy and potentially deadly life-long habits.”

On Sunday, Governor Cuomo directed the Department of Health to convene an emergency meeting of PHHC to consider this ban. The Governor also directed State Police and DOH to immediately partner to ramp up enforcement efforts against retailers who sell to underage youth, with the possibility of criminal penalties, in addition to announcing that he will advance legislation to ban deceptive marketing of e-cigarettes to teens and children.

As part of the Family Smoking and Tobacco Prevention Act of 2009, the U.S. Congress banned the sale of cigarettes with flavors other than menthol and tobacco.

New York State Department of Health Commissioner Dr. Howard Zucker said, “The alarmingly high numbers of young people in New York State who are using vape products is nothing short of a public health crisis. These regulations are a part of many critical steps we are taking to combat this disturbing trend. We will continue to be aggressive in our efforts to prevent nicotine addiction and bad marketing practices under Governor Cuomo’s leadership.”

Flavors are largely responsible for the dramatic increase in use of e-cigarettes by youth and are a principal reason that youth initiate and maintain e-cigarette use. According to Department of Health data, nearly 40 percent of 12th grade students and 27 percent of high school students in New York State are now using e-cigarettes, and this increase is largely driven by flavored e-liquids. High school use in 2018 (27.4%) is 160 percent higher than it was in 2014 (10.5%). While New York’s high school student smoking rate dropped from 27.1% in 2000 to a record low of 4.3% in 2016, aggressive marketing strategies promoting flavored e-cigarettes is primed to turn that trend.

Flavoring is a key youth marketing strategy of the vaping/aerosol industry just as it is in the cigarette, cigar and smokeless tobacco markets. E-cigarette marketing highlights flavors such as mint chocolate, bubblegum and cherry cola, and creates a deceptive belief that they are not harmful to users. In a 2017 survey of 15 to 17 year-old adolescents in New York State currently using electronic vapor products, 19% of the adolescents said that flavors were the reason that they first tried an e-cigarette and 27% said flavors were the reason for maintaining use. Studies also show nearly 78% of high school students and 75% of middle school students report being exposed to pro-tobacco marketing in 2016. Legislation will be advanced next session to prevent these deceptive and misleading advertisements to target our youth.

The Department of Health will provide retailers with an approximate two-week grace period before conducting visits to enforce the flavoring ban beginning on Friday, October 4. Local health departments and the Department’s District Offices, with State oversight, will handle enforcement. Retailers who violate the ban will face fines of up to $2,000 per violation, which is defined as each unit of flavored e-liquid or product containing e-liquid that is possessed, manufactured, sold or offered for sale.

Maria from Italy: I have been living in New York for the past 3 years – getting this job felt like winning the lottery!